https://www.worldreligionnews.com/issues/polands-catholic-church-slammed-on-sex-abuse-and-rationalization-that-children-are-partly-to-blame
​
Poland’s Catholic Church Slammed On Sex Abuse and Rationalisation That Children Are Partly To Blame;-

In Warsaw, the capital of Poland, the leader of Poland’s Catholic Church was strongly condemned when he appeared and said that children are partially responsible for their being Raped by the Priest. Archbishop Jozef Michalik who is the head of the influential Episcopate of Poland had commented on the dissemination of Pedophile Catholic Priests this month. He told reporters that a child who belongs to a troubled family, looks for closeness and love and in this case got involved with others to the extent to become a victim of RAPE. Pedophile Priests in Poland; Increasingly, victims of Child Rape are taking legal action against Pedophile Priests in Poland's Catholic Church. Many were Raped as Children, when they served as Altar Boys. Now they're taking their former tormentors to court. 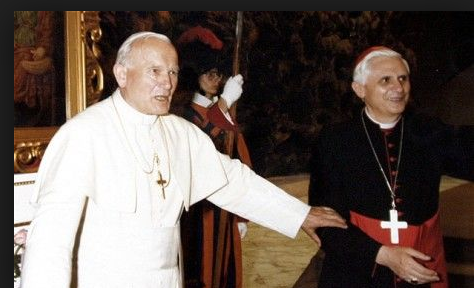 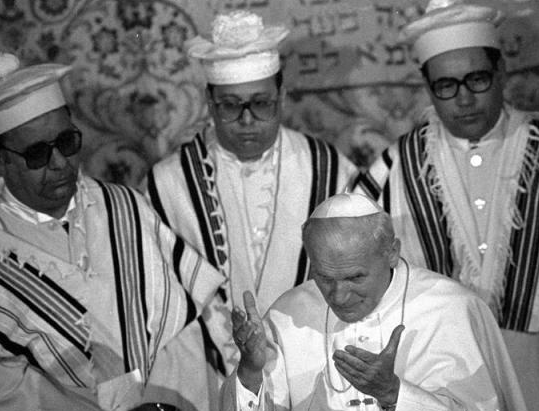 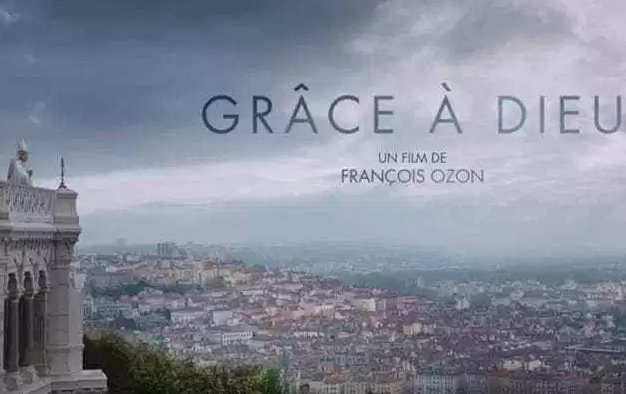 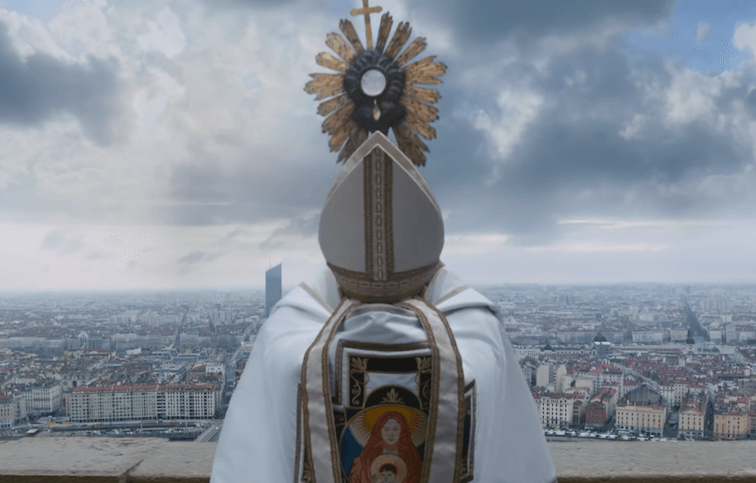 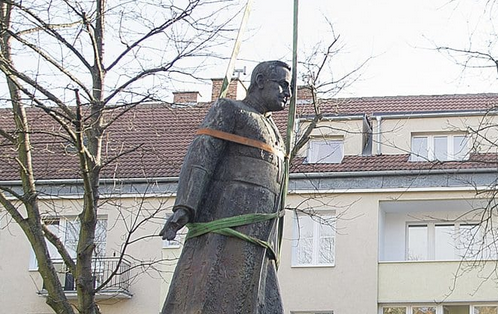 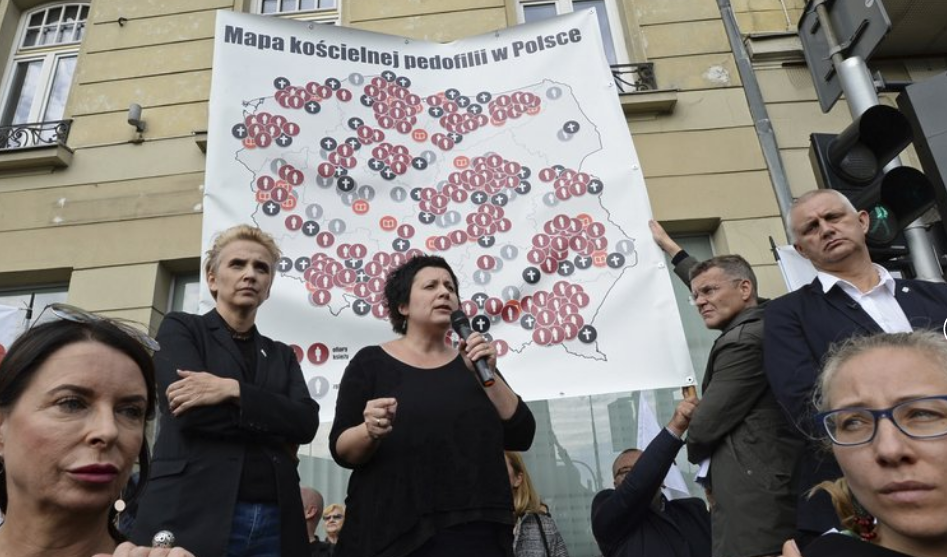 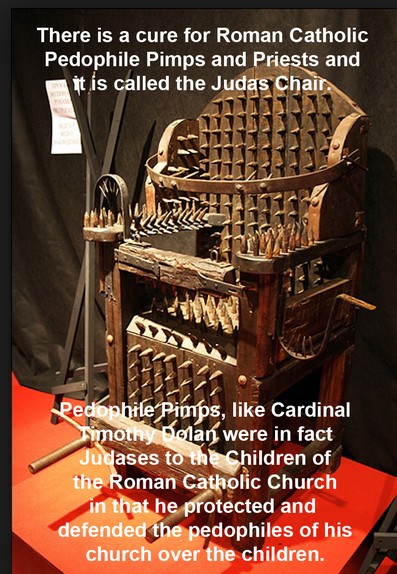 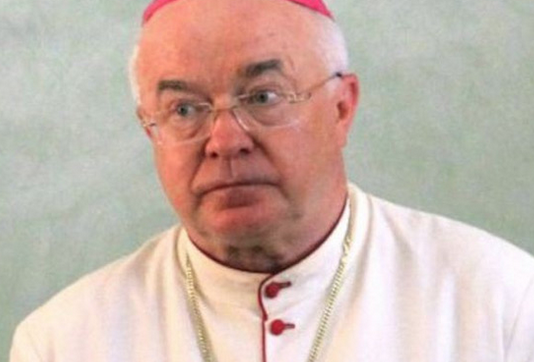 ​https://apnews.com/908fade012f1498c9763a4daf3c62e16
“Poland's Catholic Church has published a report admitting that nearly 400 of its Priests had sexually RAPED children and Babies over the last three decades. 1990 to 2018
Solidarity-era Priest accused of Rape of children, a statue of the legendary priest, Father Henryk Jankowski  of Solidarność, was dismantled by order of the City Council.
Conservatives must face Pope John Paul II's legacy in Child RAPE  Crisis;-
A cluster of facts too enormous to ignore, though many labour mightily to avert their eyes. Call it the elephant in the sacristy. One fact is that the offender was himself molested as a child or adolescent. Another is that some seminaries seem to have had more future pedophiles among their students than others. A third fact is that this crisis involving children—this ongoing institutionalised horror—is almost entirely about man-boy sex.

KLER Pedophilia Film Exposing Roman Catholic Church Scandal Sets Box Office Record in Poland.
​
KLER -- A Polish feature film about the abuses by clergy of the Roman Catholic church is setting attendance records at the country’s box office. ‘Kler’ -- named after the Polish word for clergy -- attracted over 935,000 viewers last weekend, the country’s best opening three days in 30 years, according to the Association of Polish Filmmakers. The movie, which explores the themes of Pedophilia, child abuse, romantic liaisons, corruption, greed and alcoholism by clerics,Kler has been harshly criticized by Poland’s conservative government with close links to the church. The debut puts a spotlight on the Polish church’s role in concealing cases of pedophilia,an issue that has largely been ignored in the staunchly Roman Catholic nation even after public outcries in Ireland and the U.S. An appellate court in Poznan, Poland, Tuesday upheld a 1 million zloty ($269,000) fine on the church in a case of a priest convicted of imprisoning and raping a 13 year old girl -- an unprecedented penalty for the religious institution in the east European country. “The film amounts to a very serious conversation with Poles” about the sins of the church, Janusz Gajos, who plays an archbishop in the movie, told TVN24. “It should be a shock -- we know of many incidents that are unimaginable, which take place behind the church’s curtains and whose perpetrators are then protected.” Poland’s human rights ombudsman is looking if a decision by local authorities in Ostroleka, who refused to show the movie in a municipal movie theater breaches the constitution. The film topped Fifty Shades of Grey as the country’s biggest blockbuster.